What is Preventing Small Business Owners From Increasing Their Wealth in Retirement?

Research has shown that due to a lack of exit planning by Australia’s growing and ageing population of private business owners could have serious consequences on the owner’s wealth; the business’s productivity, employment and even survival; and cause a ripple effect throughout the economy.

Analysis by PwC estimates that at June 2024, a third of the 1.54 million private business owners will be over the age of 55. During the next 10 years more than 1.4 million are expected to retire.

An oversupply of businesses for sale will create downward pressure on price and owners may be required to sell their business for less or if they can’t find a suitable successor, forced to shut shop. 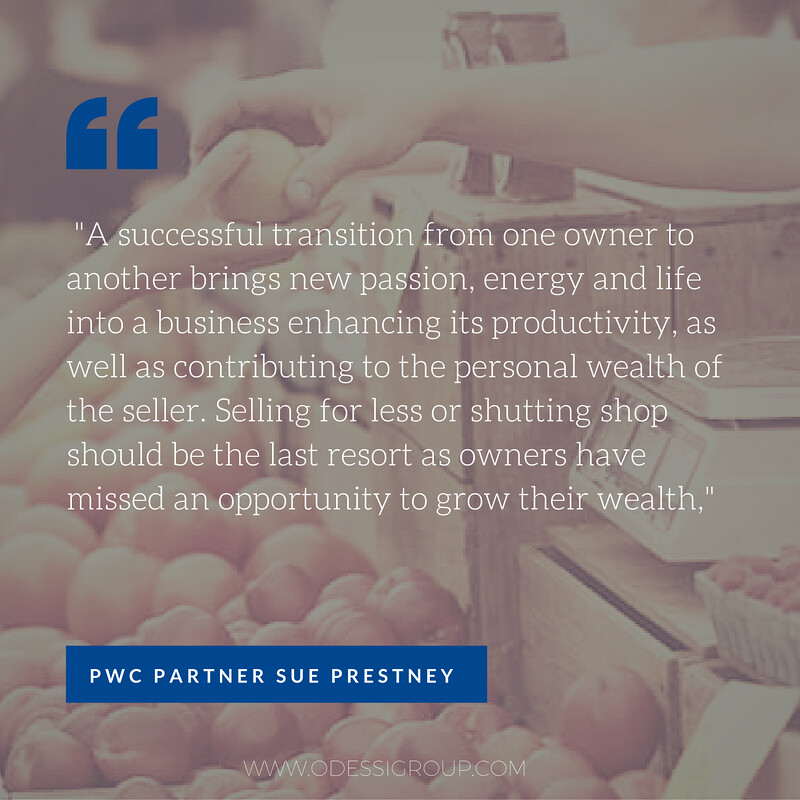 After reading this article and other reports that suggested that over half admitting to and up to 70% of small business owners will struggle during retirement due to outliving their wealth or complete lack of planning for any type of self-funded retirement. It confirmed my observations from discussions with hundreds of business owners over the years, where I discovered traits that distinguished successful business owners from the struggling. 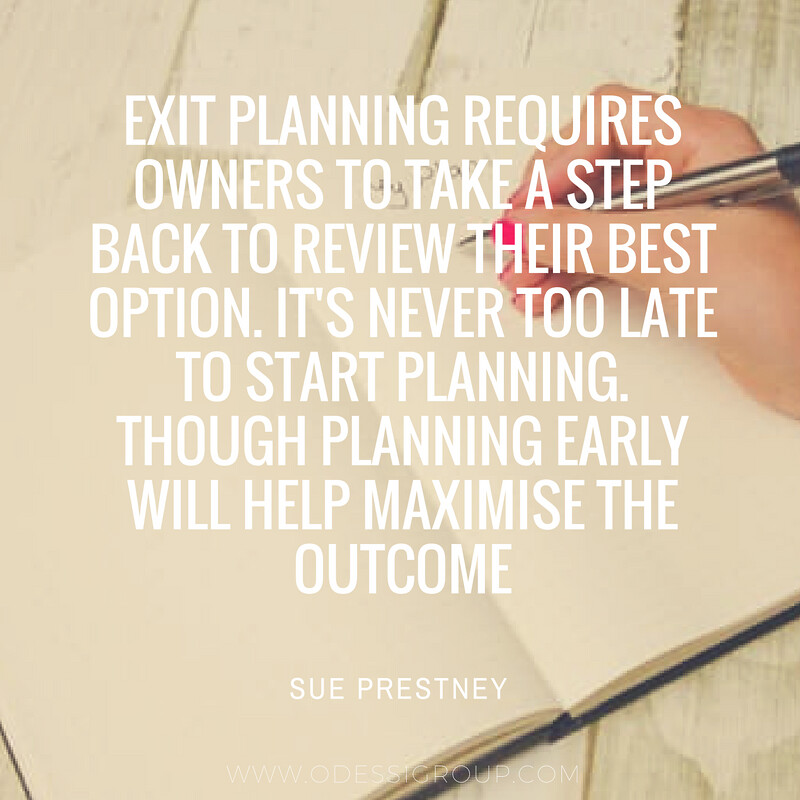 Whilst there can be external forces (like the GFC) that could impact small business in Australia, it is the attitudes and beliefs of the owners themselves that’s preventing them from taking their business to the next level and hence sabotaging them from achieving actual financial freedom!

Afterall… isn’t that why we all started our own businesses in the first place?

So why will so many business owners fall short of their potential and struggle now and into retirement, and how can we turn this around?

Now, more than ever, Australian small businesses can unlock $49.2 billion in economic value by embracing mobile and digital platforms over the next 10 years. Small businesses based in regional areas could account for 53% of this potential economic benefit, according to sources.

We are in a dynamically changing market that we all face whether we choose to accept the change or not! In fact, unless we embrace change, we stand at huge risk of failing.

When interviewing and surveying hundreds of business owners at every stage of the business life cycle, I was able to define three main traits or beliefs that the owners held in their subconscious that either  prevented them or unlocked the potential growth of their business, that would actually provide financial freedom.

If the business owners’ mind-set is that everything is viewed as an expense, then decisions are based not on growth but rather survival. Those who run their business only wanting to survive or merely to gain a wage are sabotaging their ability to make sound strategic decisions that will grow and sustain their business.

Like most things in life, if you are not growing and innovating then you’re going backwards or dying. An example of this was an acquantance who had a roaring business in the 70’s. At that time his business was averaging $2,500 pw in income, and was employing 6 staff. However, as he never invested in the business and only worked it, he continued to make the same amount for the next 2 decades. But as inflation increased wages, cost of living etc, his actual profit was diminishing year on year.

In the end, the last decade of his business career was merely reduced to nothing more than a hobby to get him out of his wife’s’ hair, as he no longer employed anyone and his earnings merely covered his cost and a little for pocket money. The silver lining was that he had managed to acquire assets during the hey days, which supported his life during the declining years and into retirement.

But had he invested in his business to merely keep up with inflation, then he would still have earnt just over $9k pw (as per inflation calculator) or a $470K pa business. This is a typical example of where even if you earn the same as you did last year, you factually went backwards.

Further, to illustrate, had he attempted to exceed inflation by growing only double the average inflation rate, then he would have been turning over in excess of $31k pw or $1.6Mil which illustrates the compounding effect both positively and negatively. This would have made a life changing impact to his retirement planning and his business would have sellable.

Hence, without investing in your business with the strategic intent to grow, will result in stagnation or negative growth, which is one of the key reasons, SME business owners won’t have enough in retirement. In contrast, continuously growing the business will not only increase the value of your prized asset but will also cushion your business from downturns in the market.

When I speak with owners, I quickly identify if they are the hands-on type or if they are delegaters. Those who can delegate understand the importance of leveraging and the value of working on the business rather than in it. To them, their key focus is about ensuring best practice is accomplished, staff are well trained and engaged, and most importantly they see their role as seeking their next big opportunity, continuous improvement, and growing or diversifying.

In contrast, the hands-on owner working in the business are usually too busy to meet, don’t want to grow the business, because it will mean more work for them, nor do they want more employees as they see managing them as an added burden.

The simple question to determine whether you are a single point of failure, is to ask yourself, “If I wasn’t able to work in my business for 6 months for any reason, what would happen to my business?”

If your answer is, it would go down in flames, or significantly be impacted, then you are the single point of failure in your business and you are not alone! Many owners and managers tend to justify their approach by thinking.

I sympathise with all the above since I’ve made most of these justifications too. In reality, business owners most likely started their business because they are talented in a particular area and can do the work better, save time in the short-term by doing the work themselves, and do indeed have their name on the line.

And, who doesn’t want to be the hero?

But it creates unsustainable risk. And, the longer a single point failure system has worked, the more comfortable everyone gets with it which means your staff end up doing less and you doing more.

The most effective leaders train their people well, use an effective delegation process, and empower their teams to do the work they’ve been hired for. They take their mantra from Lao-Tzu:

“A leader is best when people barely know he exists, when his work is done, his aim fulfilled, they will say: we did it ourselves.”

An organisational system that relies chiefly on your presence is not sustainable. How successful would your team be if you were absent? What changes can you make to avoid being the single point of failure?

This is one of my favourite points, when presenting a solution that is life changing with a strong ROI for the business to a Managing Director or owner, that is a hands-on leader, I get one of 2 responses:

“Vick, your solution is really great and I understand the importance of it for my business, however we are really busy at the moment and this is just not a priority.”

“Vick, we would love to implement what you are proposing as we desperately need it now, however unfortunately we just don’t have the budget right now.”

The reality is that when business is doing well and everyone is busy, then working on your business or taking the time to invest in improving it, just isn’t a priority. The money is flowing and whilst they have the budget they don’t have the time to spend…

Afterall, if it ain’t broke then don’t fix it, right?

But when famine comes around and the work slows or dries up, the business owners start thinking about how they need to desperately turn it around again but now there is another problem, with the work, the cash flow has dried up as well, and there is no real quick fix. And now they have to time to implement the solutions, but they don’t have the cash to invest.

The reality is that there will never be a good or bad time. When you are continuously investing in the improvement of your business, then the investment itself should give you the time and the money to keep reinvesting. Companies who look to continuously invest and grow their business rarely experience being too busy because they manage their capacity and efficiency well, and in economic downturns usually take market share from their competitors so they experience little to no downturn or even continue to grow!

Does this sound like you or someone you know?

In my next edition, I will be providing you with breathtaking insights that will transform the way owners look at their business and how they can maximise the value and longevity of their business.

I welcome your feedback and experiences to share with my audience, your learnings, and what you feel is holding you back from realising the true potential of our life’s work and enjoy the fruits of your labour.

Thanks and until next time, be awesome.